It was my birthday recently, and I wanted to travel but couldn't figure out what to do, so when two classmates told me they were going to a jazz concert in Monaco that weekend, I decided to go as well (skipping the expensive and not-my-genre concert). It was awesome! Four of us headed to Monaco Saturday morning and spent the day wandering around the odd little principality on the Mediterranean. I had no idea it was built up the side of a mountain!  You can wander around the streets horizontally, or there are vertical stairways and outdoor public elevators if you want to change altitude. The whole place is covered in the Monaco flag and colors (red and white). I don't know how much of that is leftovers from their royal wedding in June (yup, there was another one this year, although it didn't quite get the same press) and how much it's just always covered in its flag. As someone pointed out, it's so small, the price of covering it in flags is really not a big issue!

We wandered the city-state and headed up to the palace, which is on a huge rock peninsula, right at sunset, which was nice.  Then it was off to the casino to drop off the two who were going to the concert and for me and the other girl to check out some...glamour? It's a bit hard to describe. The casino itself was beautiful--very old and nicely done--but the clientele was not up to par when we were there. In fact, there were nearly no people in all of Monaco. We guessed it's mainly a summer destination, and that it was too early for Christmas, so the winter holiday crowd hadn't shown up yet, leaving....the locals? We did not at all get the expected glamorous impression. In front of the casino, where super-fancy cars are usually parked for show, there was only one Lamborghini. The rest were normal things like BMWs, Mercedes, and even Audis. Nice cars, don't get me wrong, but not what I expected in front of the Monte Carlo Casino! Out of curiosity, one classmate and I paid the 10 euro cover to get into the casino and check it out. It was fun, but there were so few people and such weak people watching we didn't stay long. After the casino we wandered the desserted town for a while and finally found ourselves sitting beside multi-million euro/dollar yachts on the docks, which face back towards the city (which is in a bay). That was my favorite part of Monaco I believe. To end the night we caught the train to Nice to stay in a hotel which was MUCH cheaper than those in Monaco. 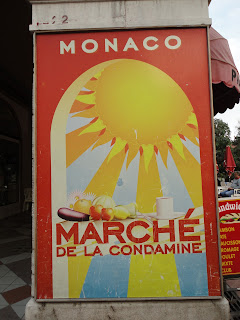 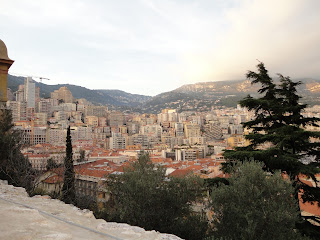 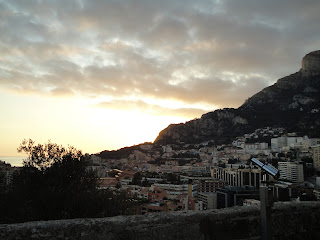 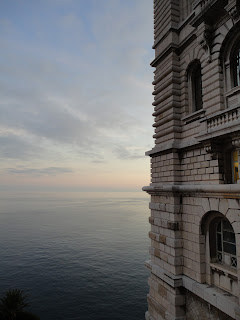 Sunday we spent playing on the awesome stone beach in Nice, wandering around the market in the old city, climbing to a garden that looked out over the city, and just enjoying ourselves. It was awesome, and I must say, Nice is very nice (don't throw things at me)! Then we had a pretty train ride home along the coast. It was an awesome birthday. Just nice, relaxed traveling, the way it should be!