Things that come in tubes 3

Caviar. So many flavors! But they all come in tubes! I got one (see, I'm trying to be a good  temporary Swede) and have tried it on crackers with and without cheese and butter, a few of the ways I was told to try. It's not bad, very salty and with a flavor I can't quite figure out (I got the "original" flavor). But I must say I currently prefer fish eggs as a sushi component. I have a huge tube though, so maybe I'll become a fan by the end of it. Or never be able to look at a fish again, one or the other... 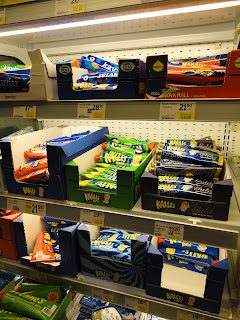 My new lab here in Sweden had a celebration tonight for someone who had a first-author paper accepted. Side note: scientists are a good drinking bunch. Anytime a paper gets accepted--drinks!! Only the Swedes do it even better. We had one of those twice-normal sized bottles of champagne, beer (Sierra Nevada, random!), and cake (its own food group here, more on that some other time). Fancy.  It was a fun evening and I actually got to know some of my coworkers a bit, which was nice, as I really haven't so far. My group's corridor is under construction, so we're spread out all over the building in spare rooms here and there, so I only ever see the people I share an office with, who aren't in my lab. I could tell I liked the people though, so tonight was good.

During the party, the TV was on to some kind of documentary channel. It was crazy--they were switching between Swedish, Norwegian, and Danish the whole time. Always Swedish subtitles, but all three languages were being used, to the point where the people in the room who understand the languages realized that in one interview segment, the interviewer was speaking Norwegian and the interviewee Swedish. The point of this story is that at some point it switched to a Finnish movie (I of course didn't know it was Finnish), and it was the most slow, nothing happening and yet still depressing thing I've seen in a while. This led someone to ask about Swedish stereotypes of Finns. They are:

1. Finns don't talk much (this almost made me laugh out loud, given the rather reticent nature of many Swedes, but at least my supervisor almost immediately made the joke that "yeah, this is of course coming from the most talkative group ever...")
2. They eat sausage.
3. They play games with knives.

So there you go. The conversation shifted and we never got any explanation of 2 and 3, but those are the basics.
Posted by Katie's Great Adventure at 7:46 PM No comments:

Things that come in tubes 2

Today's edition is "American Dressing." The stuff looks like Thousand Island. I haven't tried it, but there is tons in the fridge, and I've seen some corridor-mates putting it on things in copious quantities. 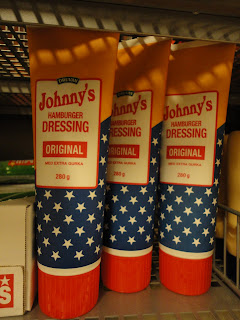 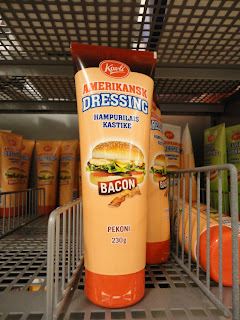 Kinda reminds me of Baconnaise... yeah, that exists. Because "everything should taste like bacon."
Posted by Katie's Great Adventure at 9:07 AM No comments:

Sweden: Land of things that come in tubes

Things are well in Sweden! I am settling in nicely, happy with the dorm despite the death metal fan above or below me, good with work, and reunited with some friends I haven't spent a semester with in a while. The weather is generally nice, not too cold, although this morning there was beautiful crazy ice everywhere (below). Also, it's not getting dark until 5:30, and if I was so inclined, I could get in a couple of extra hours of sunlight by getting up at 6:30 when it rises! Not gonna happen... 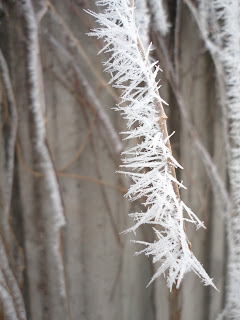 So as with my WTF series in France, I'm going to try to have a short post series here in Sweden. It will, at least for a while, be about things in tubes. Before coming here I was sent an article about things to expect in Sweden, and one of them was that everything comes in tubes. The author was not wrong...

Edition one--jam (sylt in Swedish). These tubes are enormous. I'm sorry I forgot something for scale, but they're about 10 inches long. How awkward is that? Even if you have an enormous vat that you use for jam, can you imagine the sticky tidal wave that is the inevitable result of trying to transfer that much jam into anything?  I stuck with a glass jar. I'm just not Swedish enough for jam sausages. 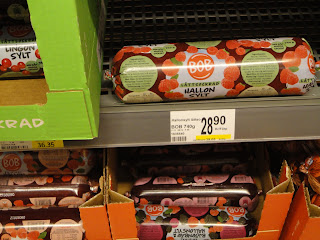 Posted by Katie's Great Adventure at 4:20 PM No comments: